Almost 50,000 pounds of illegal fireworks were seized and seven people arrested over the last two weeks following a years-long investigation into an illegal fireworks ring operating throughout the state, Cal Fire announced Thursday.

The seizure, which is one of the largest in Cal Fire history, is the result of an investigation spanning three years and involving 80 investigators who performed "significant surveillance," said Shane Cunningham, Cal Fire's chief of law enforcement.

While one man’s trash is another man’s treasure... one man’s treasure made of trash will be kept out of our ocean’s waters. That’s just one take on a beautiful new art installation—”Straws,” by James Paterson—on view at the Malibu Country Mart made of trash. Straws—a whopping 12,000 of them, all recovered from our local beaches—are the medium for the colorful art structure. It stands 15 feet tall and can be viewed from the shopping area’s lawn or even underneath it to get a closer perspective.

SACRAMENTO – In the wake of one of the deadliest school shootings in our nation’s history, State Senator Henry Stern (D-Canoga Park) and the Los Angeles District Attorney’s Office (LADA) have introduced the “Juvenile Gun Safety Act” (SB 1281) to close a loophole in California law that allows individuals who have committed violent offenses as minors to escape prosecution for illegally owning or possessing a firearm in violation of the law.

California makes history with first listing based on surfing. Designation affirms new pathway for coastal conservation and qualifies the area for additional protections based on historical significance.

MALIBU, CA -- The Keeper of the National Register (National Park Service, Department of Interior) has listed Los Angeles' iconic Malibu surfing area in the National Register of Historic Places. This is the first National Register listing centered on surfing history and recognizes Malibu's worldwide contributions to the sport made in the years following World War II -- from surfboard design and production; to a distinct, relaxed, and "cool" style of surfing; to the beach of Gidget and the explosion of surfing's popularity.

The Chronicle of Social Change

Last week, we noted several pieces of juvenile justice legislation signed into law in the state, including a ban on the practice of assessing administrative fees on children in the juvenile justice system and increased protections for children 15 years old and under during police interrogation.

For low-income Californians, a parking violation will no longer mean breaking the bank.

“It’s shocking how many Californians owe hundreds of dollars in parking ticket fines and late fees that they have no ability to pay,” the bill’s author Assemblyman Tom Lackey (R-Palmdale) said in a statement to The Signal Monday. “This new law is all about making sure that all drivers are able to responsibly pay their debts.” 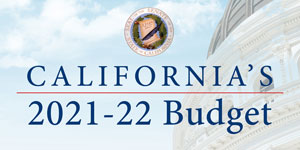